The Stuff that Dreams are Made of: Are video games the successor to movies?

What would you spend your money on – the new Spielberg picture, or the latest Elder Scrolls game? Both take place on a screen in front of us; both use characters to portray emotion; both need us to invest ourselves in them. But even though the movies have been enthralling us since the first film-exclusive theatre opened its doors in 1905 in Pittsburgh, Penn, the advent of video games and their snowballing success has posed an interesting – and possibly threatening – conjuncture to cinema’s future. But should this be fought against, or embraced?

Since their commercial inception in 1972 , video games have a come a long way. Beginning with the simple Pong (the famously simply virtual table tennis game), characters started coalescing with the 16-bit Super Mario Brothers in 1985 (though the moustached plumber had actually made his debut in the 1981 Donkey Kong under the moniker ‘Jumpman’), before we eventually reach 2010 with the advent of narrative complexity present in L.A. Noire. The fully-realised world in The Elder Scrolls V: Skyrim is an example of even further growth, in which you can not only slay dragons but forge swords, buy a house and… cook. It’s safe to say that the medium has been taking on an ever-increasing significance in today’s pop culture.

Where we look to films as our main form of entertainment when it comes to the telling of a story, it looks set that video games are threatening to take over – at least when it comes to the strength of sales. Take 2007’s Halo 3 – it garnered $170 million on its release day, making it the biggest-grossing sales event in entertainment history, a first for a game franchise. The only thing to top it since then has been another video game – Grand Theft Auto IV, released the following year. This bests Spiderman 3’s opening weekend takings of $151 million; this staggering financial revenue has naturally got the cinema industry talking. Richard Hele, Cinema Manager at Odeon Leicester Square – the industry’s favourite place to host their big premieres – notes a drop in the number of people coming to see a film nowadays. “I think there has been a decline in cinema attendance over the last year or so, probably due to recession and other things drawing people’s attention – whether it’s Sky TV or video games, or LoveFilm”. He goes on, concerning the price of going to the cinema these days; “Here the tickets are from £18 and upwards. There would be some people who’d prefer to spend their £40 on a video game over a couple of cinema tickets.” However, he concedes that some films will be a surefire hit, no matter what. “With films that have the same kind of built-in ‘must see’ quality like The Dark Knight, Spider Man, The Hobbit and Bond 23, people will definitely come and watch them regardless.”
In a UK Film Council study on cinema attendance versus video game sales, attendance hit an all-time high in 2002 with 180 million, but has been steadily declining since, with 2010 marking a fall to 169.2 million attendees. When we turn our attention to video games, the industry made £2.875 billion. If we change those attendance figures for the cinema into actual financial gain, the UK box office totals £1.076.6 billion – less than half of what games made. 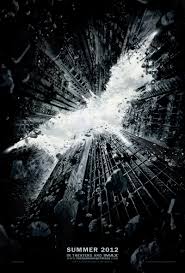 A massive franchise such as Nolan's Batman films will perform brilliantly - because of an established fan base.

To understand the appeal of the video game pantheon that has been becoming more and more imbued in the public consciousness, not to mention more bankable, we need to look at the medium itself. Firstly, the credibility of video / computer gaming has never been strong. The very fact that the format has ‘game’ in its title alludes to some childish thing, something throwaway. But in the last fifteen years, it’s thankfully managed to shake off a lot of this negativity with the release of highly-praised games such as Legend of Zelda: Ocarina of Time and Half-Life 2, both which hold ratings of 99/100 and 96/100 respectively on popular critic aggregator Metacritic (which takes ratings for films, books, games and music). Clearly, the art-form was showing some serious contending of its own, creating a more adult-oriented audience with it; alongside graphics which were constantly and rapidly improving, developers were also including story, character, plotting and pace. This has led to recognition in the form of the annual GAME Baftas, which sees a British cinema institution turning its attention to games like Mass Effect and Heavy Rain (both complex multiple-path adventures).
Despite this acclaim, the majority still need convincing. Roger Ebert, a famous US film critic and screenwriter, wrote that “Video games can never be art”. Perhaps it’s the nuance in a facial expression that can be easily conveyed by a real human, something that CGI perhaps cannot replicate at this time. Richard Hele comments, “In video games it’s probably something that is achievable – if you can do it in films with CGI characters like Gollum in The Lord of the Rings or some of these ape characters in Rise of the Planet of the Apes, then surely it’s not a huge step to be able to take that into video games.” Despite ever-growing sales, video games continue to remain to be accepted fully into critical circles.
And perhaps that’s what’s missing – a human connection. Aspects like this can be found in a handful of games in the form of well-programmed expressions and impressive voice acting, a good example being Half-Life 2 (which won Best Voice Performance for a Female at the G-Phoria Awards in 2005). But is it possible to believe in a tear running down the cheek of a computer-generated character? A recent LWLies survey taken on Survey Monkey asked participants to look at images of two movie characters and two video game characters, and asked them to give their names; more people could name the two video games characters over the two film characters. But interestingly, 56.3% of people thought that movie characters were more memorable than the ones in games. 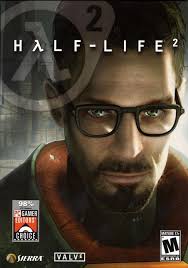 Where it becomes more intricate is when you introduce film theory; ‘The Gaze’ is a device which deals with the perception of the viewer. Watching a movie, you feel for a character when they’re happy, or when they get hurt, due to the actions you see them take out. In a game, you’re either watching third-person or first-person, and controlling the character. You aren’t viewing him / her yourself, so it’s up to your actions as to what happens – their destiny is in your hands. Is it feasible that you can care for someone that is supposed to be an individual character, with their own thoughts and feelings, while you’re consistently aware that you’re sitting safely in a room while they die on-screen? It’s a strange sort of disconnection. The emotion, statistically speaking, doesn’t run deep; our survey revealed that 83.3% of people answered ‘yes’ when they were asked if they had ever cried at a film, and conversely 77.8% answered ‘no’ when the same question was asked about video games.

Naomi Alderman, games writer for The Guardian, has similar views. “Movies care about storytelling which games mostly do not care about yet,’ she states, before going on to comment on what the future both film and games have – whether a shared one, or not. ‘They don’t – I think – necessarily have a future together: they are two different forms which will inter-relate. It’s like asking the question, ‘what future do novels and movies have together?’ in 1940. The answer is: some games will inspire movies, some movies will inspire games, we don’t need to invent some kind of form in the middle. Each one is artistically valid by itself.”
Nonetheless, we have the existence of the video game film adaptation: Lara 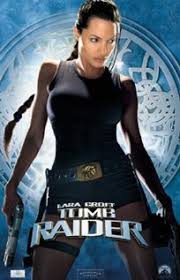 Tomb Raider is the best performing game to film adaptation. However, the reviews still aren't great.

Croft: Tomb Raider, starring A-lister Angelina Jolie, opened in 2001 and took $47,735,741 – a healthy box office draw. However, if we look at the more artistically viable virtues, the top five highest-grossing game-to-movie  adaptations –including Tomb Raider – all have a ‘rotten’ score on film aggregator Rotten Tomatoes; evidently, there is still some critical success needed in this one aspect of crossover. However,  games themselves continue to become more ‘cinematic’ (the recent Call of Duty: Modern Warfare 3 has many standalone set-pieces, for example), and Christopher Nolan also announced that there is a game based on his 2010 blockbuster Inception in development which he is personally overseeing, furthering the themes of the film and exploring the possibilities that a video game could open up for it.
The LWLies survey also extols more about the nature of the people parting with cash in the first place. When asked what they spent more money on per year, 58.8% answered with ‘video games’ over 41.2% for movies; they also answered with video games as preferred over movies with the same percentage outcome.

So does this mean that both industries are going to be watching out for one another? If a synthesis is afoot, the question is which way? The trailer for Modern Warfare 3 showed us big movie stars Sam Worthington and Jonah Hill battling it out in one of the game’s levels; will this smart, yet awkward, kind of gimmick be as far as it goes? Will we see Tomb Raider: The Game of the Movie? Will we get to watch a film in The Elder Scrolls VI? Game and movies seem to be oil and water, possessing many of the same traits yet never merging quite successfully. This would seem the end, yet the money speaks for itself.